I hope you all got through these dreadful winds without any damage to you or your property.

Before I show you one of my recent cards I have received an email from Joanna of Mold club letting me know how helpful Joan of CSNW club was when she (Joanna) was taking the photos at the workshop. Joan kept going around the room collecting the tissue boxes. So - thank you Joan.

It is the card I made for Gareth & Elayne's second wedding anniversary; 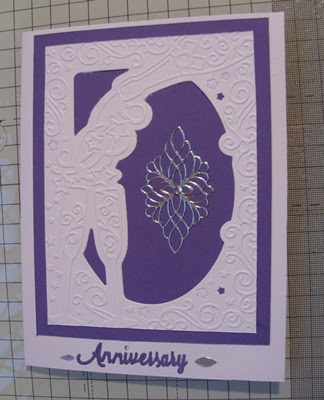 The white layer is made using an X-Cut embossing & die-cutting folder.
To the side of he oval cut out are two embossed wine glasses.  I added a pretty peel-off shape in the aperture & die-cut the word "Anniversary" 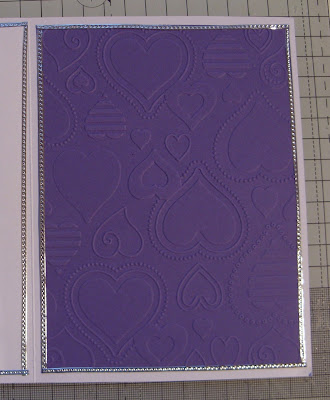 This is the inside of the card - well one half. This embossing folder with the hearts was so pretty that I didn't want to cover it so I added the insert with the greeting on the other half of the card.

That's me for today.  Bye for now.

Email ThisBlogThis!Share to TwitterShare to FacebookShare to Pinterest
Labels: a recent card