As I said in an earlier post I have photos of the few styles of Christmas cards I made.

I have been back through the photos shown this year & I don't seem to have shown them before today - so if I have missed spotting them I apologise - I did start making them quite a while back.

I made these using card kits which were freebies with a magazine. They are from Hunkydory; 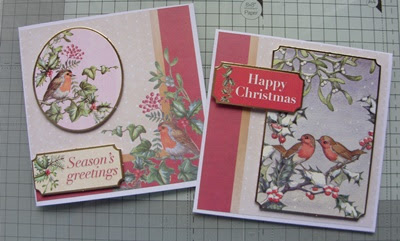 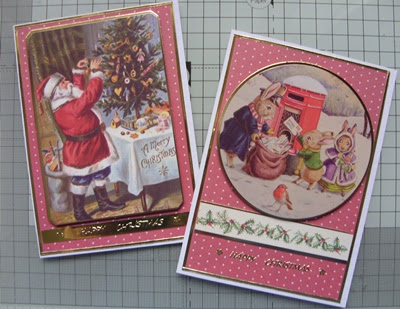 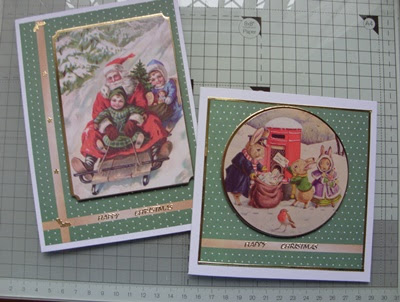 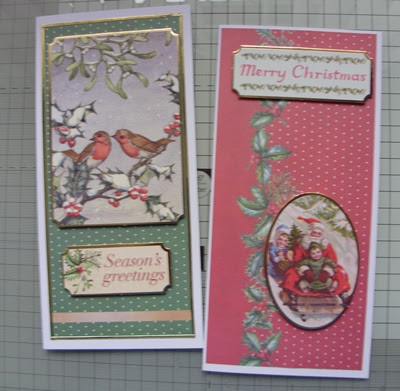 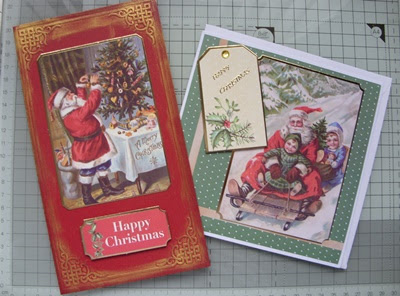 I made a variety of shaped cards based on the size of the toppers.

This last photo shows a DL card from a pack I had bought some time ago which had an embossed border.  I decided to highlight the border using Gilding Wax.  But I was a little disappointed  in the result - my waxes have gone a little hard & it is awkward to use it lightly.

If anyone knows of a foolproof method to revitalises them I would really appreciate it.

Tomorrow - more Christmas cards that I have made.