I did say yesterday that I would have another member showcase for you - but I haven't taken a photo of it so can't show it to you today.  But I have now received the Mold meeting photos from Joanna so I am going to show you the photos of their Show & Tell for the evening.  The challenge was "Time waits for no man". 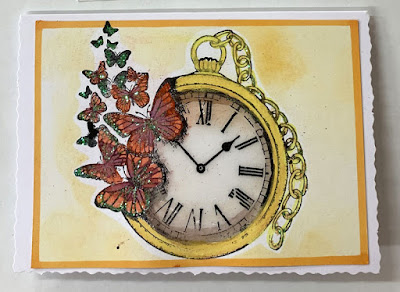 I think this is Janet's card - as it was on its own without a name & I know she made one.
I like the flight of butterflies depicting the time not waiting element. 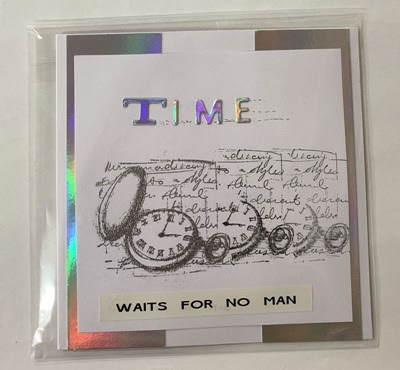 Joan's idea is very clever.
She has stamped the same image fading it out to make it look
like the watch has flown across the card. 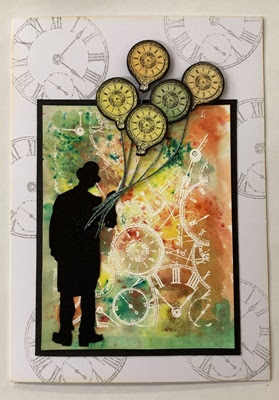 I love the way Joanna has used the clock stamp like balloons.
It works so well with that silhouette man. 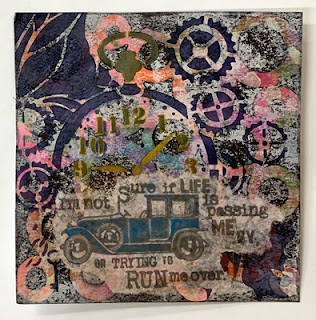 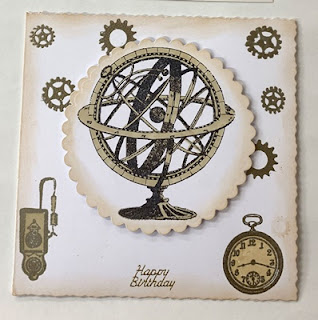 Maureen's card  has not only a watch but an Orrery  !!
(Which, we were reliably informed by Bob, is a mechanical
model of the solar system or of just the sun earth & moon)
Love the antiqued colouring Maureen. 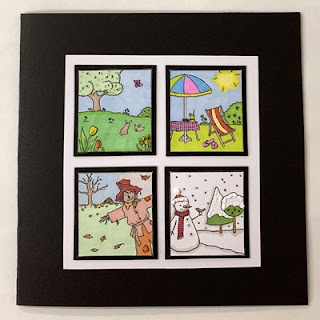 Rachel said that she didn't really have anything suitable for the theme.
But has depicted time passing with the four seasons in this cute little card.
Good thinking Rachel. 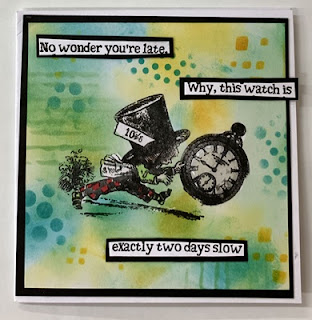 Rhiannon chose Alice in Wonderland images for her card.
Love the background Rhiannon.  It's good to see backgrounds being created. 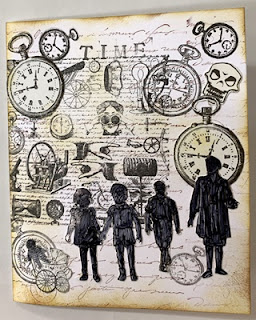 Sheelagh has created a collage style card.
If I have remembered Sheelagh's words correctly she wanted it to show the 7 ages of man - but only had 4 different figures she could use.  Brilliant!

Well done ladies.
More Mold meeting photos to come.
I hope you have had a good weekend. That's me for today.  'Bye for now.