At the end of the last post I mentioned that there were a couple more photos from the Mold meeting last Thursday evening.

Rhiannon, one of the members had missed the January meeting but on Thursday brought her card for the January Show & Tell, as well as her creation of the January project in which she used the photos on the blog to assist her. 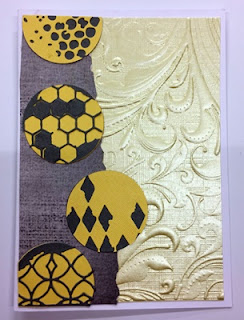 Now, I must sort myself out & have a go at this card as well

I am sure Joanna & Janet were really pleased to see that you joined in on these 2 projects even though you weren't there on club night in January, Rhiannon.

That is all I have for today.

I have updated club pages & the club project photos page.