This morning I have the photos from Thursday nights Mold club meeting & they are of their project for the evening.  The project was 3 different styles of card - with a Christmas theme - but of course works for everyday.

Joanna was unable to attend the meeting to show the project, but Janet stepped in for her.  Thank you Janet.

As I said yesterday we were a small group, due to coughs & colds - but boy, didn't that small group make a lot of cards!


These first photos are of the samples that Janet brought with her - made by Joanna; 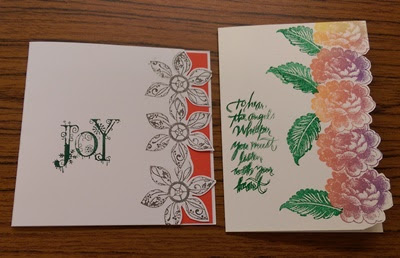 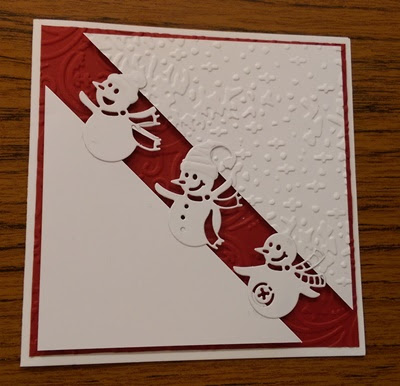 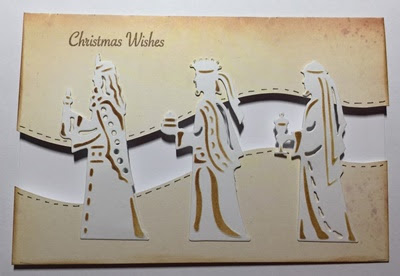 I think I have included one of each of the 3 designs.

Here are the cards made by Joan 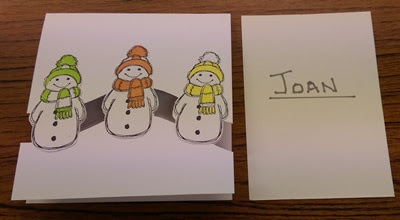 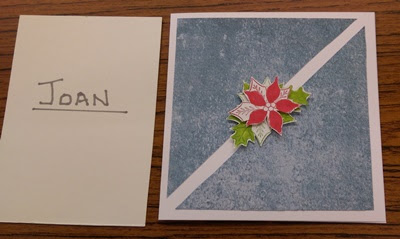 Don't you just love those snowmen & penguins.
Joan made 2 of Design 3 & one of Design 2 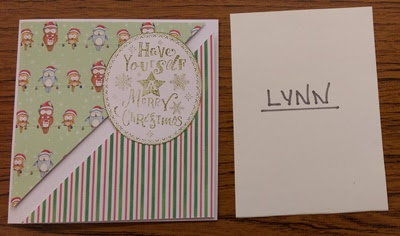 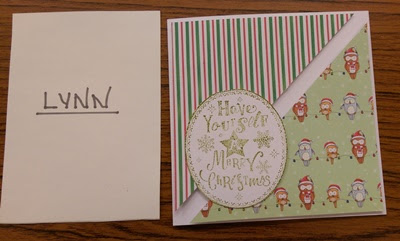 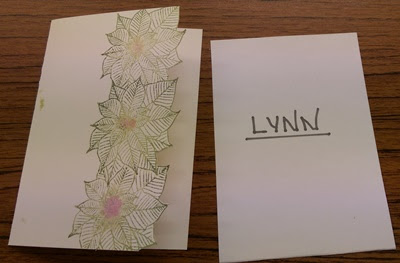 Lynn made 2 of Design 2 & 1 of Design 1
With design 2 when you cut out the triangles - if you cut them from squares of different papers you can actually make 2 cards. They have just a slightly different look - as you can see. 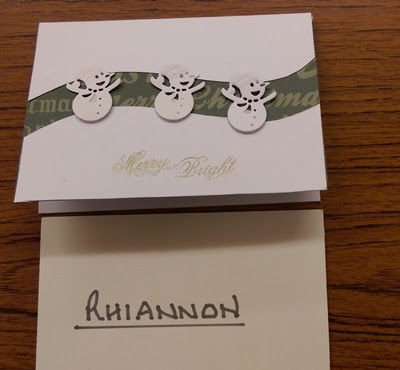 Rhiannon has made 1 each of Design 3 & Design 2
Those little snowmen are really cute too. 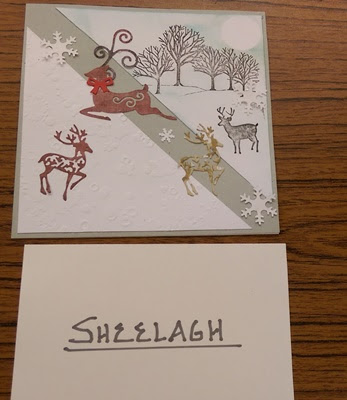 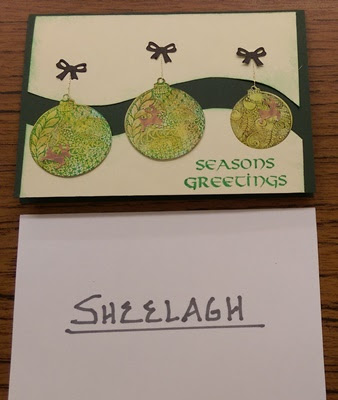 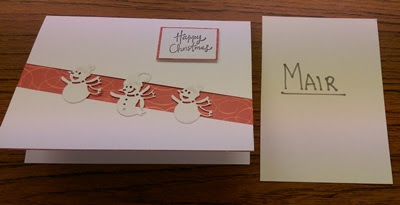 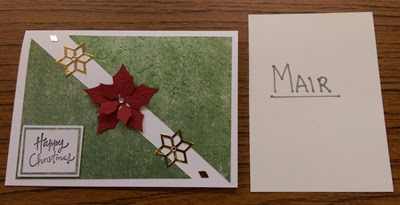 Mair made 1 each of Design 2 & Design 3.
The green background paper in the second photo has been embossed which doesn't show up too well
in the photo.
There are those little snowmen again!

Whilst the ladies were making their cards
Janet sat & made 2 more herself. 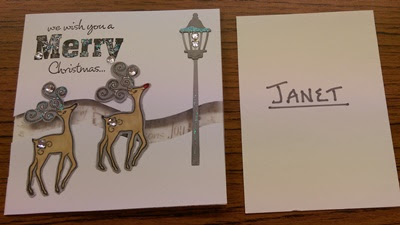 I love the colourful lanterns on the top one - but really fell in love with the lamppost in the second one - mainly due I think to Janet's bling in it to make it really look alight.

I shouldn't really make excuses for myself - but I did have a rather bad headache during the evening & have been suffering with itchy eyes for a few days - so I didn't make any of the cards during the evening.  But I won't let Joana & Janet down & promise to make one of each over the next couple of days & will show you when they are done.

One again it is time for a weekend - so I hope you all have something nice to do & for those of you who are currently poorly that you will soon feel better & still enjoy the weekend.

I have a friend joining me over the weekend, to stay for a week, so as I will be busy showing her around (she hasn't visited us here since the first couple of months after we moved here - back in 1992).  Therefore I may not be on the blog much.  Next Tuesday is the Mold II meeting & my friend will be joining me & us, so I will as soon as I can after that post the photos for that meeting.

Aferthought - perhaps my friend & I can have a play time together making these cards. She used to make her own cards a lot - but not so much at the moment.  We used to craft together a lot years ago - so it would be nice to do so again.